I’m two weeks into my freshman year of college at the University of Mary Washington, and I’ve come to realize something: college is nothing like high school. I’ve attended Catholic school for all my school years, from Pre-Kindergarten to my senior year in high school, so the transition from attending a private Catholic high school to a public university has been quite the adventure, to say the least.

For starters, I have no clothes- okay, yes I do have clothes, but I’ve had to wear a uniform every day to school from first grade to senior year, so I never had worry about what to wear every morning. Now I do have to worry about what to wear every day. Before, I had to wear the same thing every day- black shoes, knee highs, a green plaid skirt in middle school or a black kilt (yes, a kilt. That thing was HOT in the spring and summer!) in high school, and a polo shirt or white button up with a sweater or sweater vest (that was not fun to wear either, especially when it was super hot outside and the AC decided not to work in school that day. We were all dying that day.) These days, I’m just hoping I don’t have to wash my clothes more than twice a week just so I have enough shorts to wear to class by Friday morning. #CatholicSchoolProbs

The next thing is that I’m not having mass once a week with the rest of my school. Now, you might think that is a very weird thing, but I have grown up going to mass with the rest of my school once a week for over 14 years. Yes, that is how long I attended Catholic school for. But attending mass is my choice- I don’t have my mom telling my brothers and I on Saturday evening that we are going to 10:00 mass the next morning. I don’t have to go to mass if I don’t want to, but I choose to go because my faith is something I want to hold on to. (insert Dierks Bentley’s song “I Hold On”– “I hold on- to the things I believe in, my faith, your love, our freedom, to the thinks I can count on to keep me going strong, yeah I hold on.”)

Next, praying in college just feels weird if I’m not in mass or at another CCM event. I realize that most people might not be paying attention to every person’s moves while sitting in the dining hall, but it just feels weird to be making the sign of the cross to say grace before I start eating.

The last thing I want to mention is the what prompted me to write this essay in the first place: my college is a public university. There is no religion affiliated with UMW, but there are a number of religious organizations on campus. Tonight, CCM had its second annual Eucharistic Procession followed by Adoration until 9 am tomorrow. My fellow Catholics and I walked down campus walk following our chaplain, who was carrying a monstrance, to Ball Circle, which is in the middle of campus, while singing “O Sacrament Most Holy”. During the walk across campus, I couldn’t help but notice the people around me who were walking past. Many of them stopped and respectfully stepped aside for us all to walk by. Others kneeled, and those on bikes, especially the Vocelli’s pizza delivery guys, stopped and waited for us to move ahead. (I really hope those guys didn’t have to follow us because they would have been stuck behind us for a few minutes waiting.) My university peers respect what we do as Catholics, and I think that respect is deeply rooted in our Honor System, which requires that all members of the UMW community conduct themselves honorably at all times and in all dealings with others.

Being Catholic in college may be a challenge, but it has been easier since I found Catholic Campus Ministry. To my friends who are high school seniors, I strongly encourage you guys to get involved in your campus ministry wherever you may choose to attend next year! Thanks to CCM, I know that I can still be an active Catholic while still being involved in other campus activities.

One thought on “Being Catholic in College: A Freshman’s Transition from Catholic School to a Public University”

Leave a Reply to Being Catholic in College: 8 Months Later – Adventures of a Catholic College Girl Cancel reply

Hi! Welcome to Adventures of a Catholic Girl! I’m Alexandra and I am a sophomore at the University of Mary Washington in Fredericksburg, VA. I want to be a Special Education teacher.

I love to dance, take photos and write. I’m a Catholic and proud of it. My blog is going to be a space for me to journal about my adventures during college and my thoughts on the world, share my photos, and write about my faith as a college student. I’ll also share life hacks, beauty favorites, and ways to navigate college as a Catholic. Thanks for stopping by!

There was an error retrieving images from Instagram. An attempt will be remade in a few minutes. 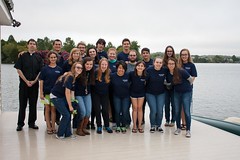